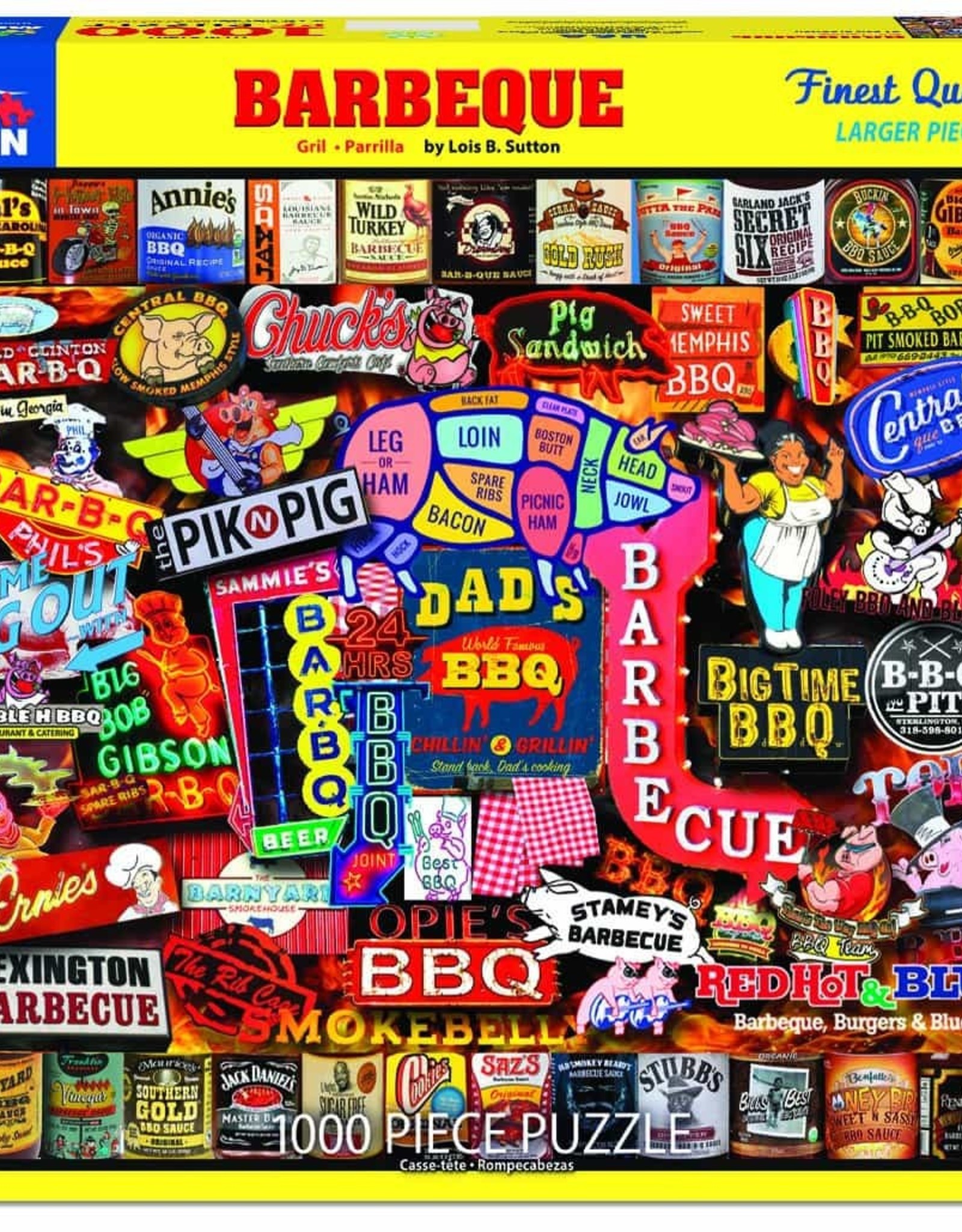 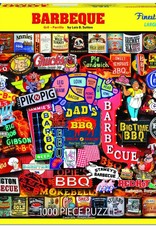 1461 Barbeque. As American as apple pie, barbeque actually originated in the Caribbean. The visiting Spanish gave it the name barbacoa after the Indian tribal method of slow-cooking meat on a raised wooden platform. The technique was well established in the American South by the 19th century and, since pigs were plentiful, pork became the meat of choice. BBQ sauce has become a competitive art form, and Lois B. Sutton has gathered a good selection in this colorful collage. 1,000 piece puzzle with a finished size of 24” x 30”.