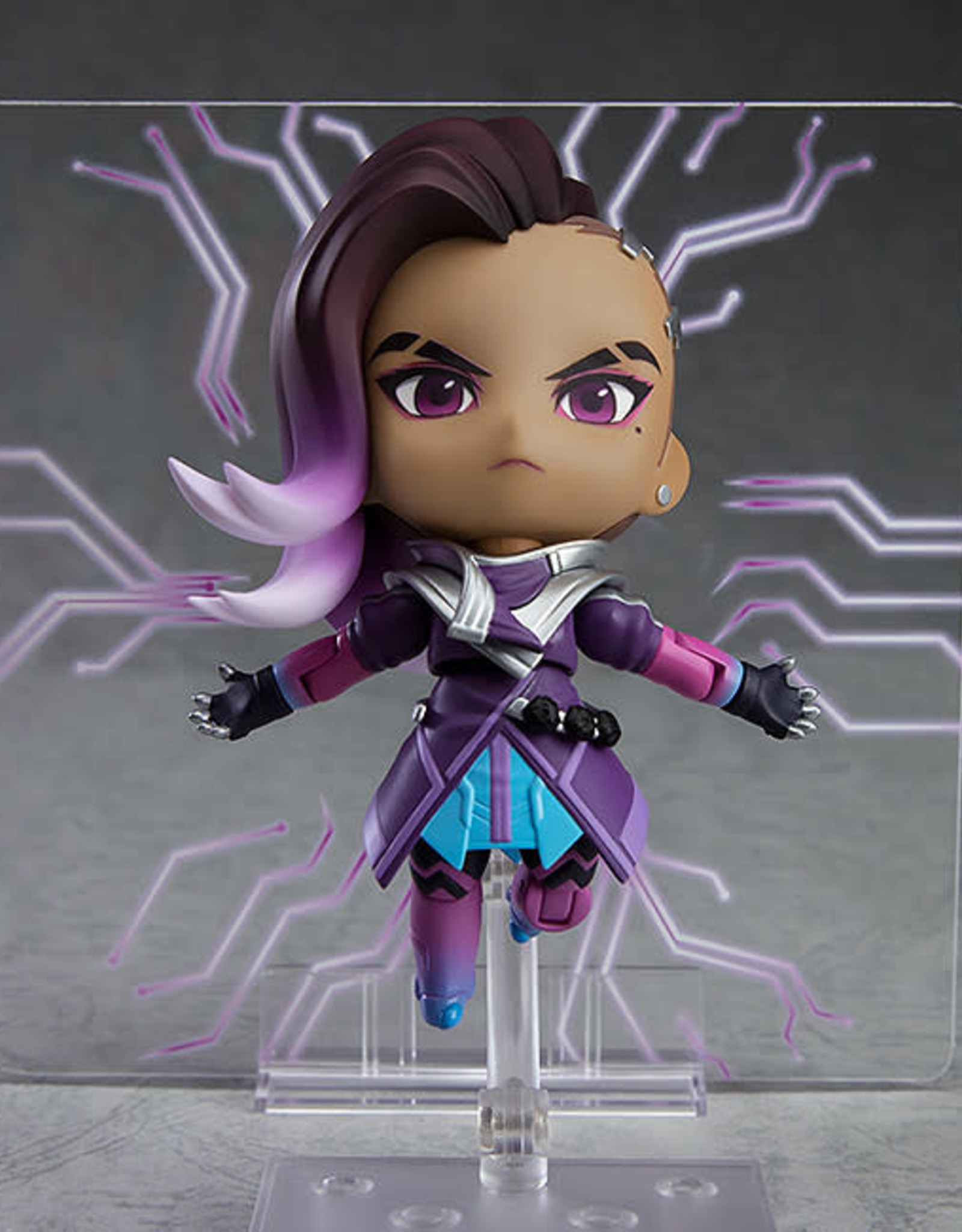 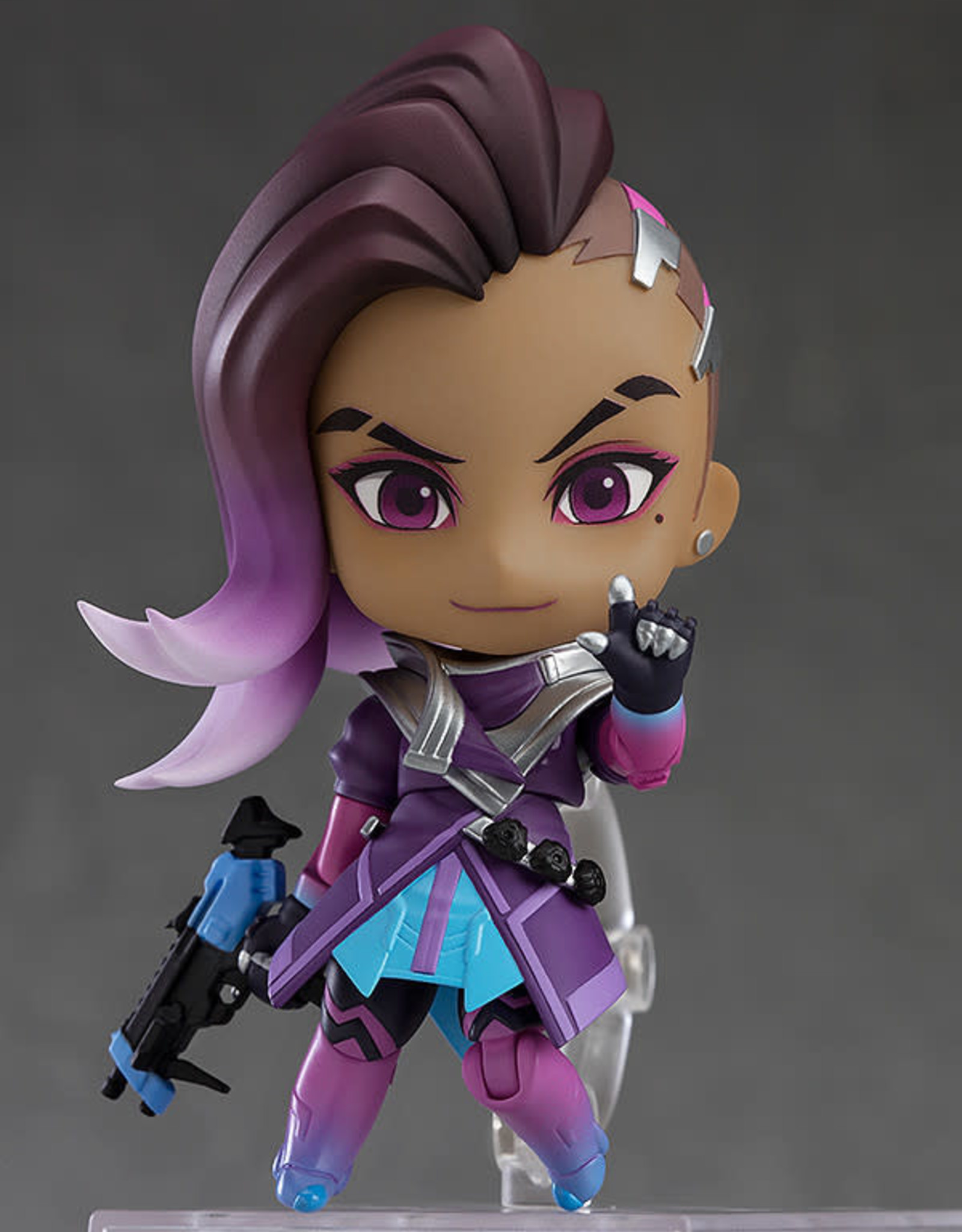 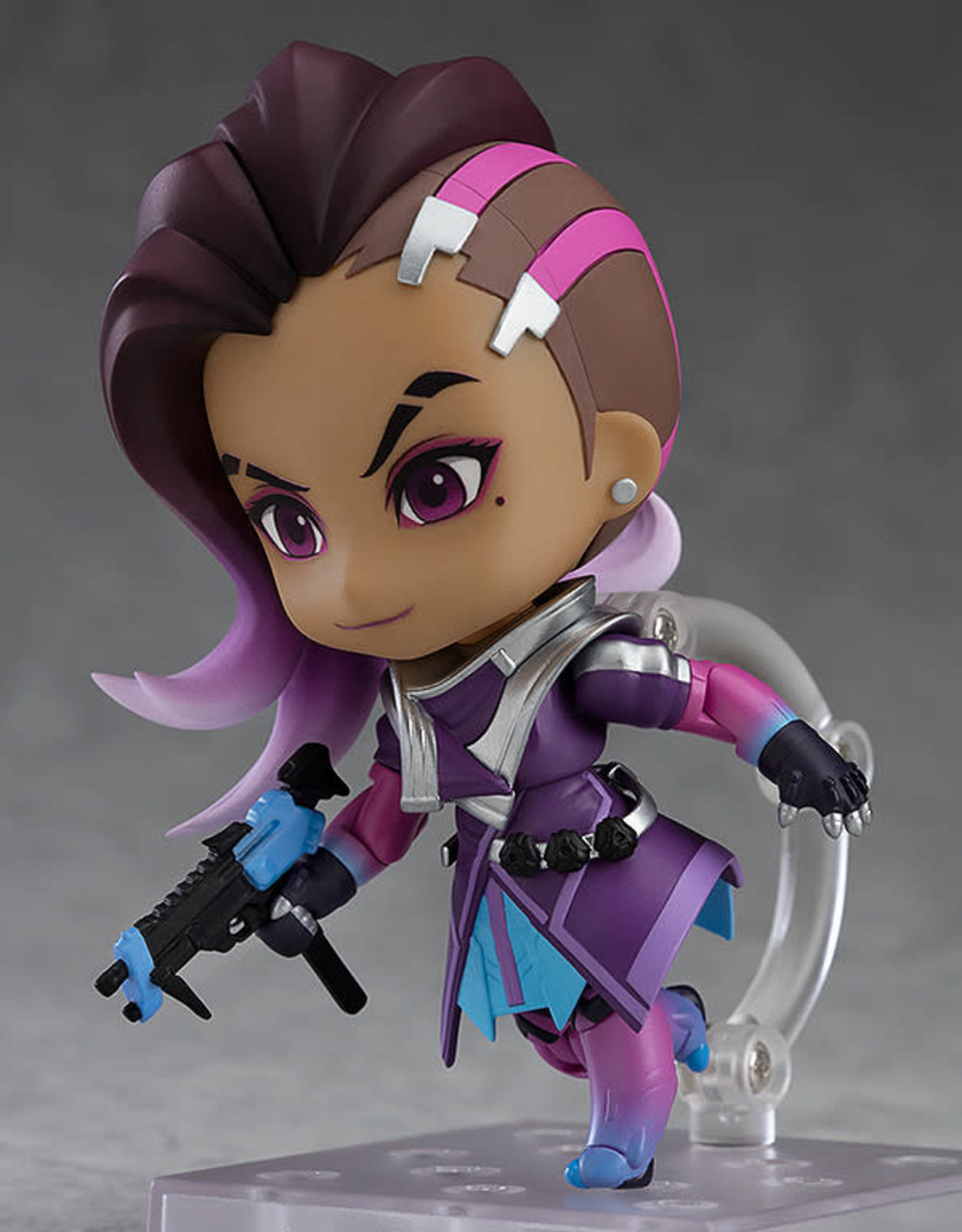 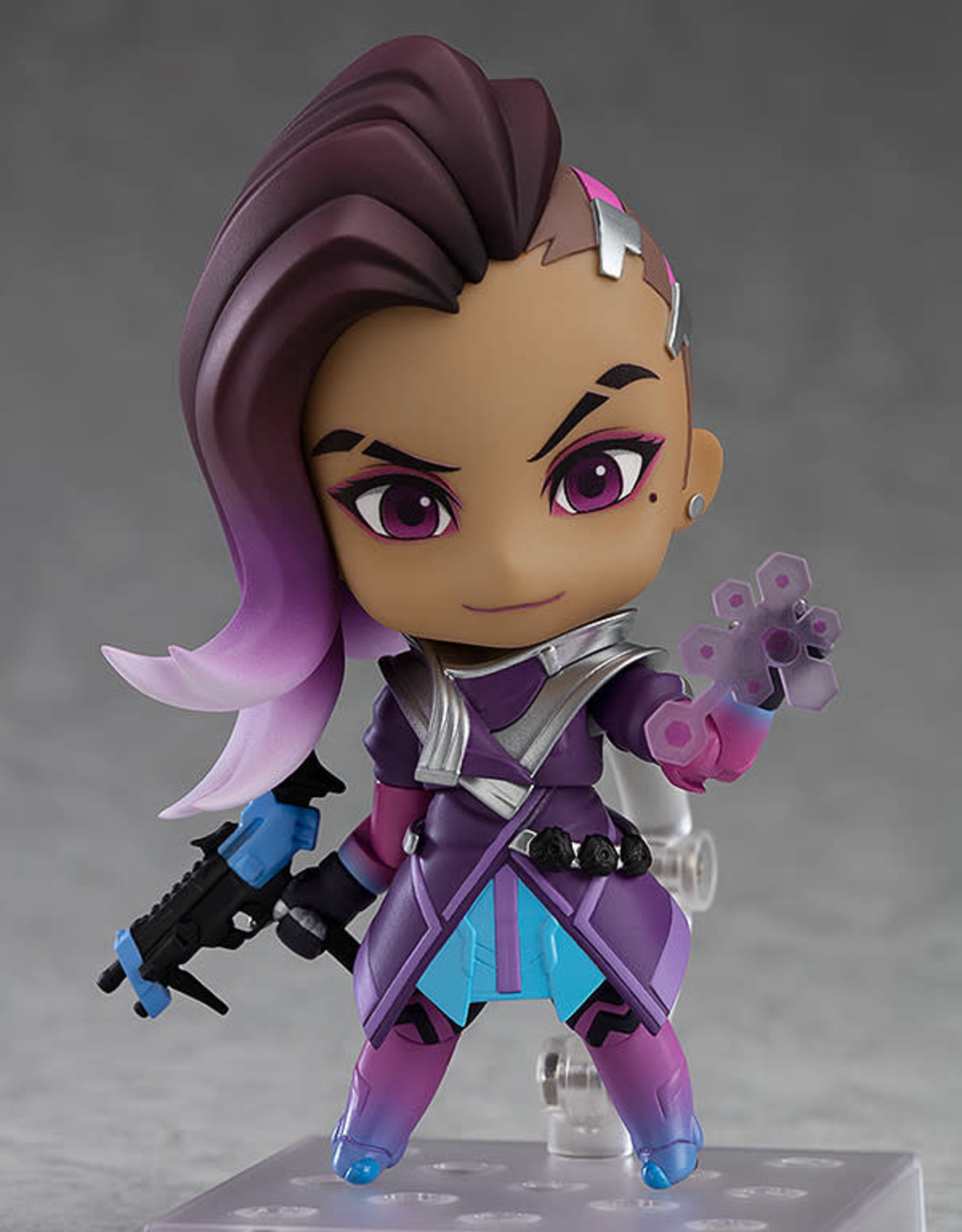 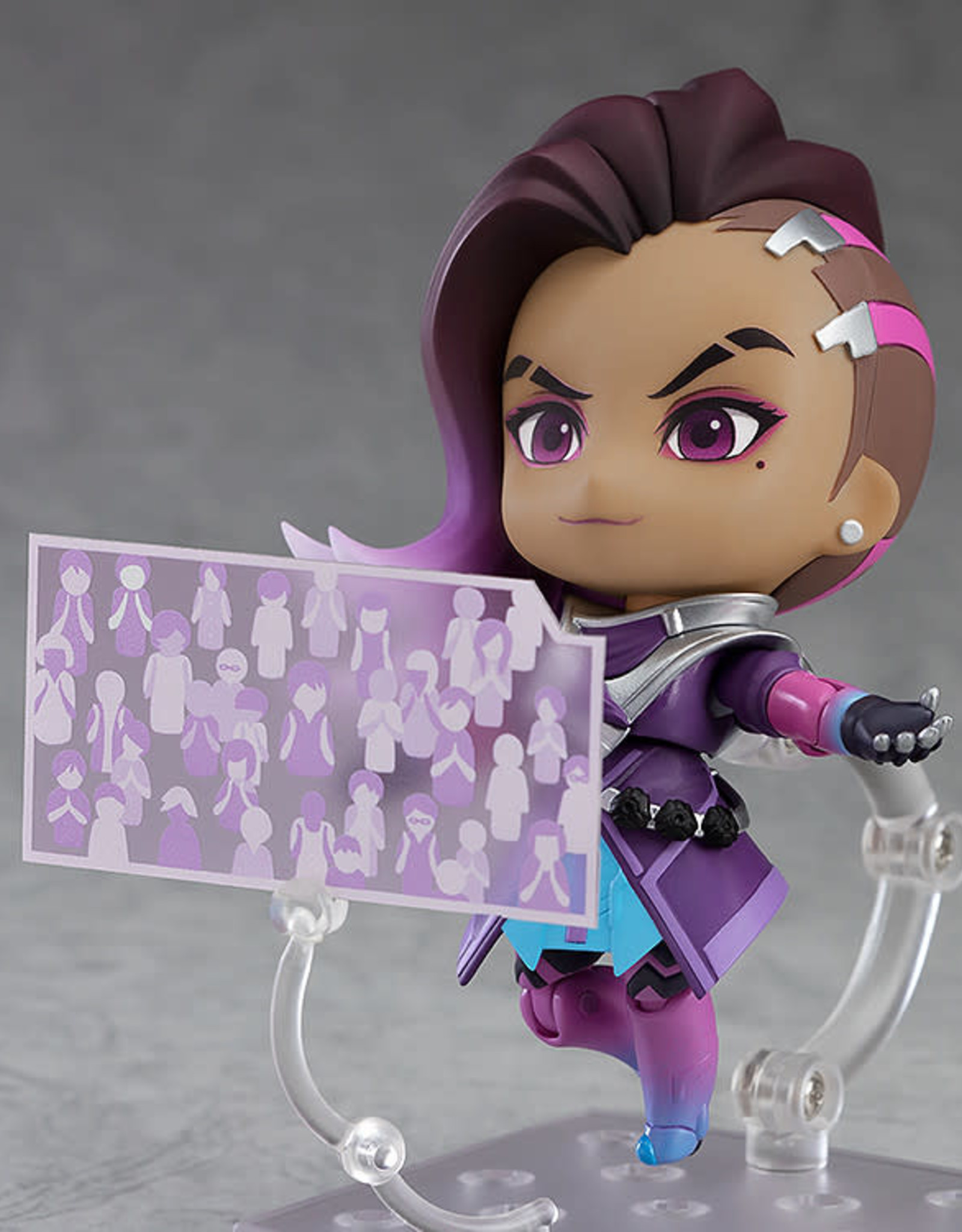 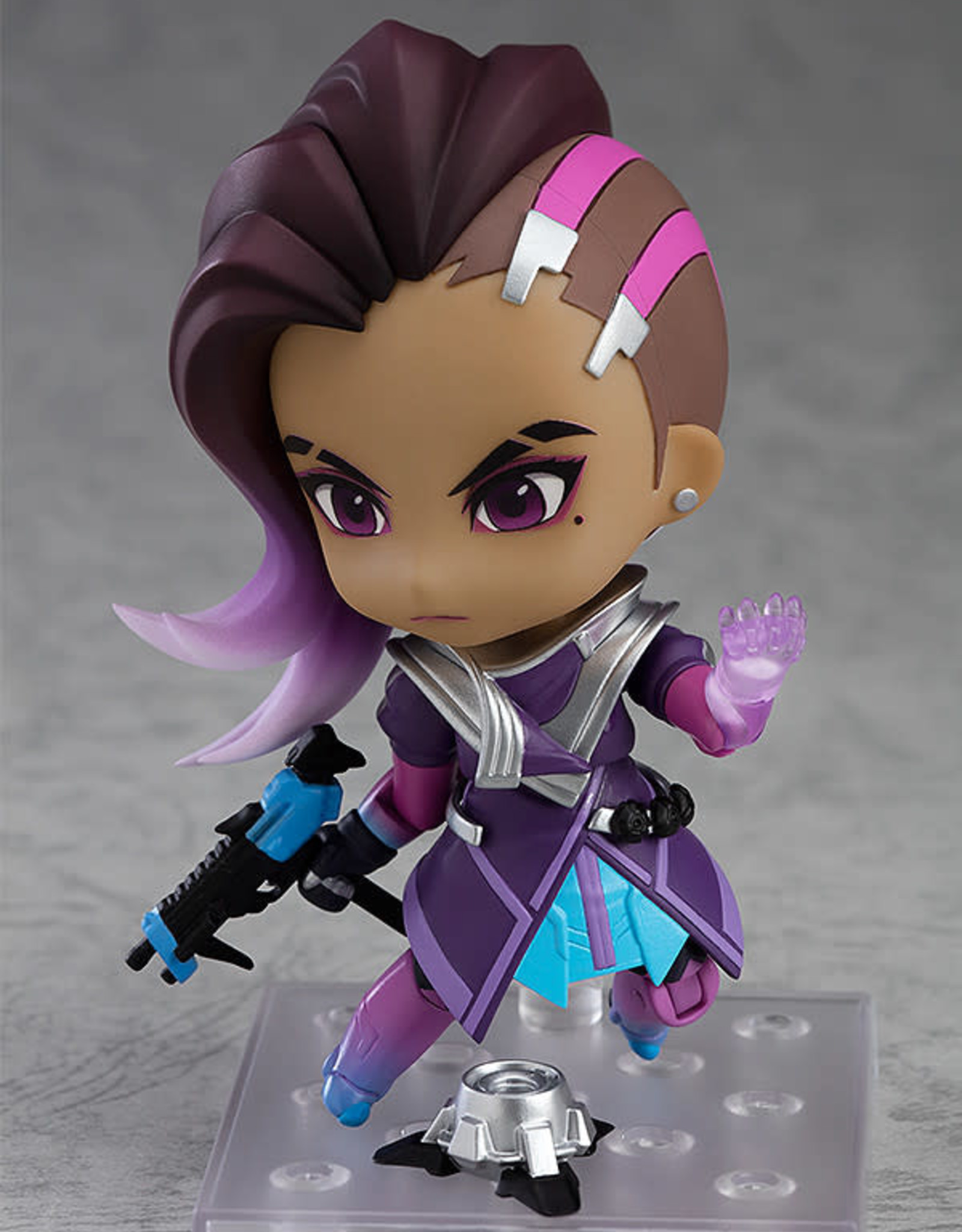 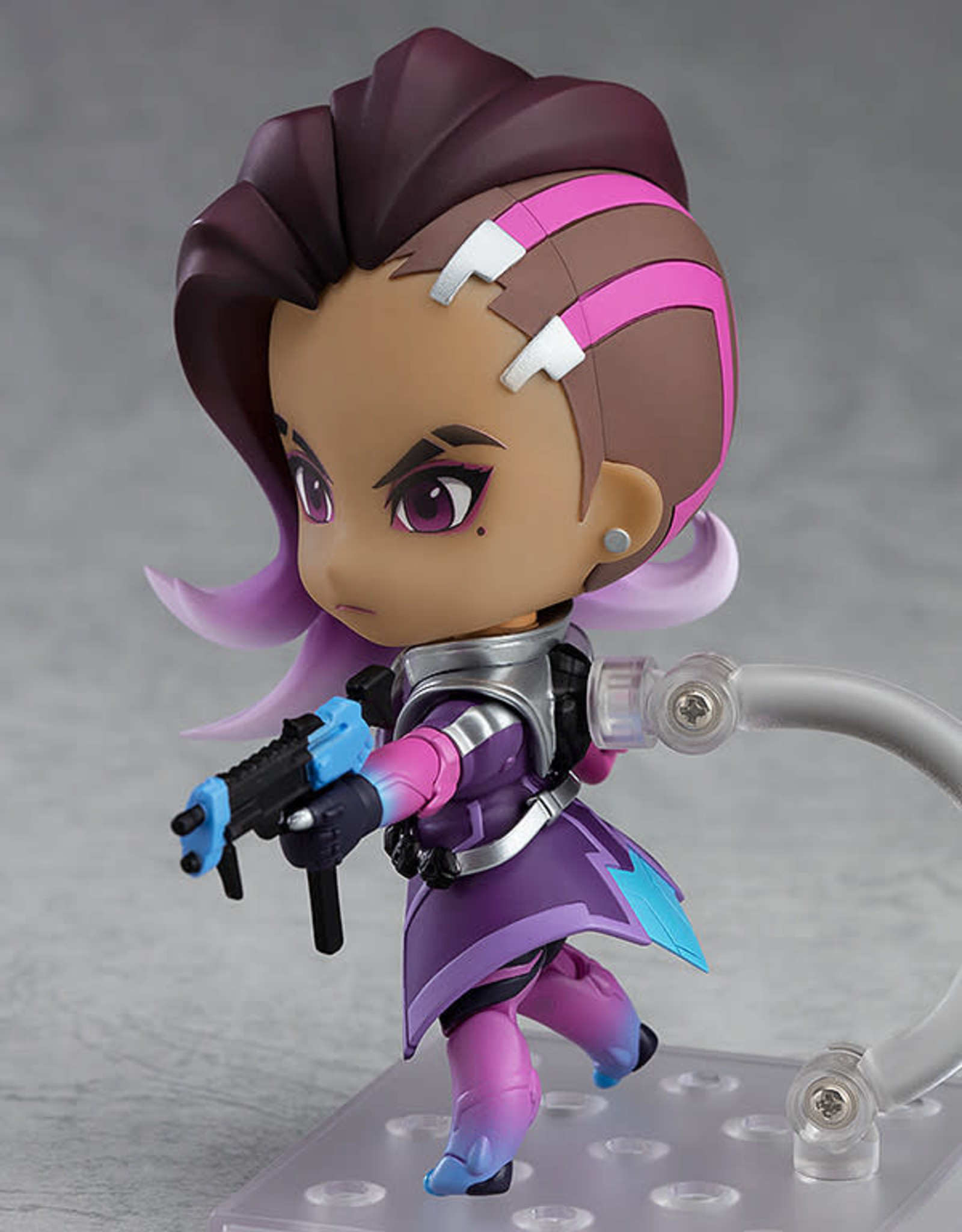 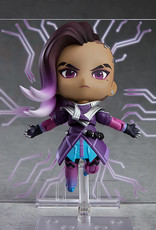 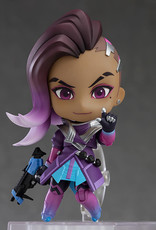 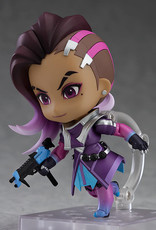 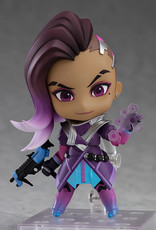 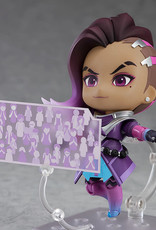 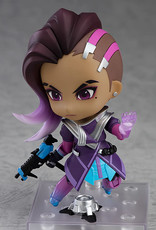 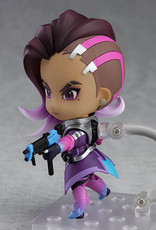 "Everything can be hacked... and everyone."

From the globally popular multiplayer team based shooter Overwatch®, comes the seventh Nendoroid figure from the series, Sombra! Her iconic hairstyle has been faithfully captured by making use of multiple hair parts that connect to the head - an unusual feature for a Nendoroid. The beautiful gradients of her hair and outfit have been preserved on the figure, capturing her appearance in cute Nendoroid size perfectly! She comes with two different face plates which can be used together with the various included parts to display her using her skills in and out of combat.

Hacking effect parts include both a hand part to display her making use of the Hack skill, as well as a skull mark with an attachment piece to display other characters being hacked! An alternate arm part made from translucent parts is included to display her starting to go into stealth mode, and she also comes with a Nendoroid sized Translocator to quickly jump back to safety! Transparent effect sheets are also included which allow you to display her using her EMP skill, as well as capture some of the poses from her emotes and highlight intros.

Last but not least, she also comes with an interchangeable hand part with her index finger purposefully sculpted slightly larger than normal to display her in the "Boop!" scene from the animated short. Be sure to display her with the previously announced heroes in the Overwatch® Nendoroid series!