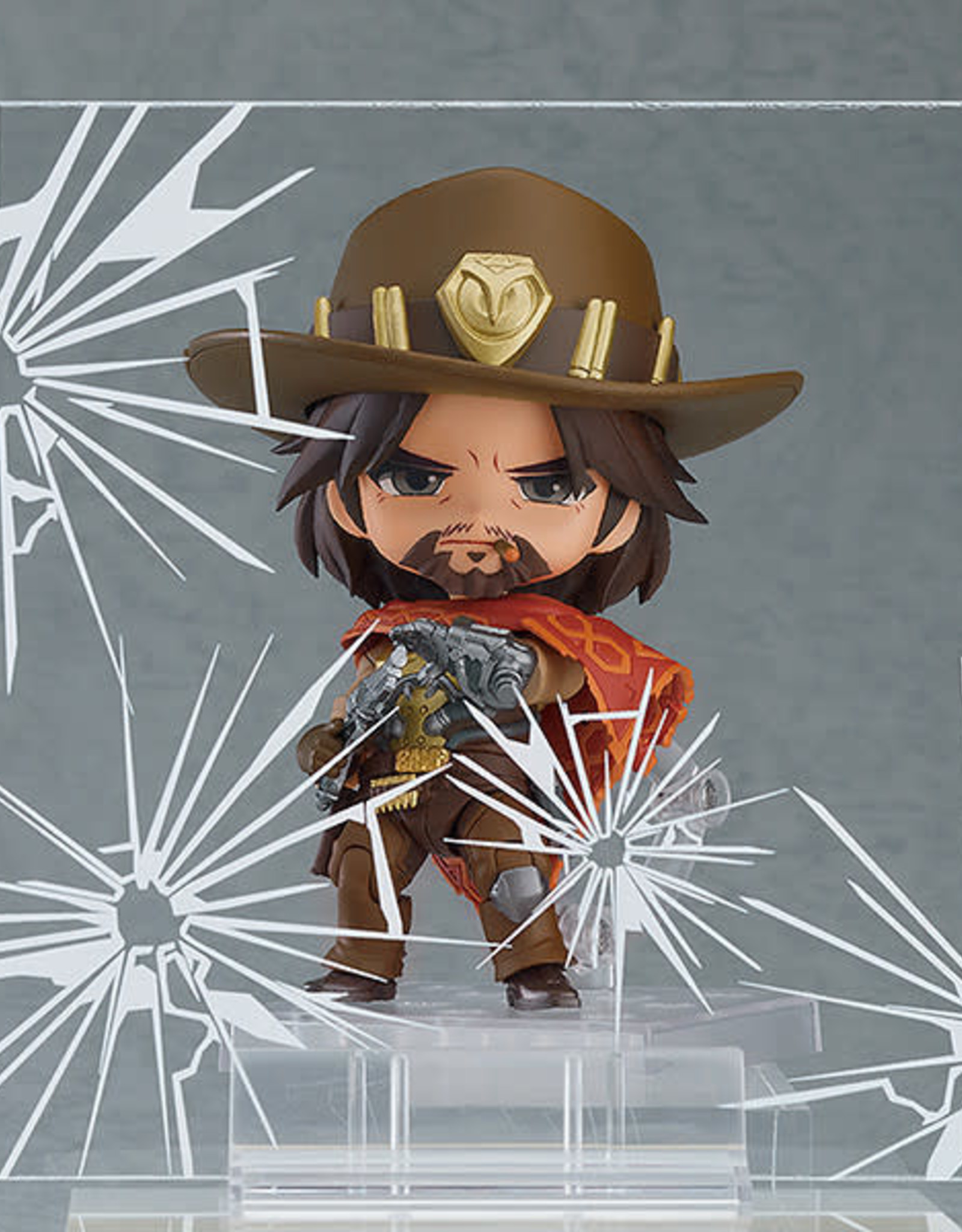 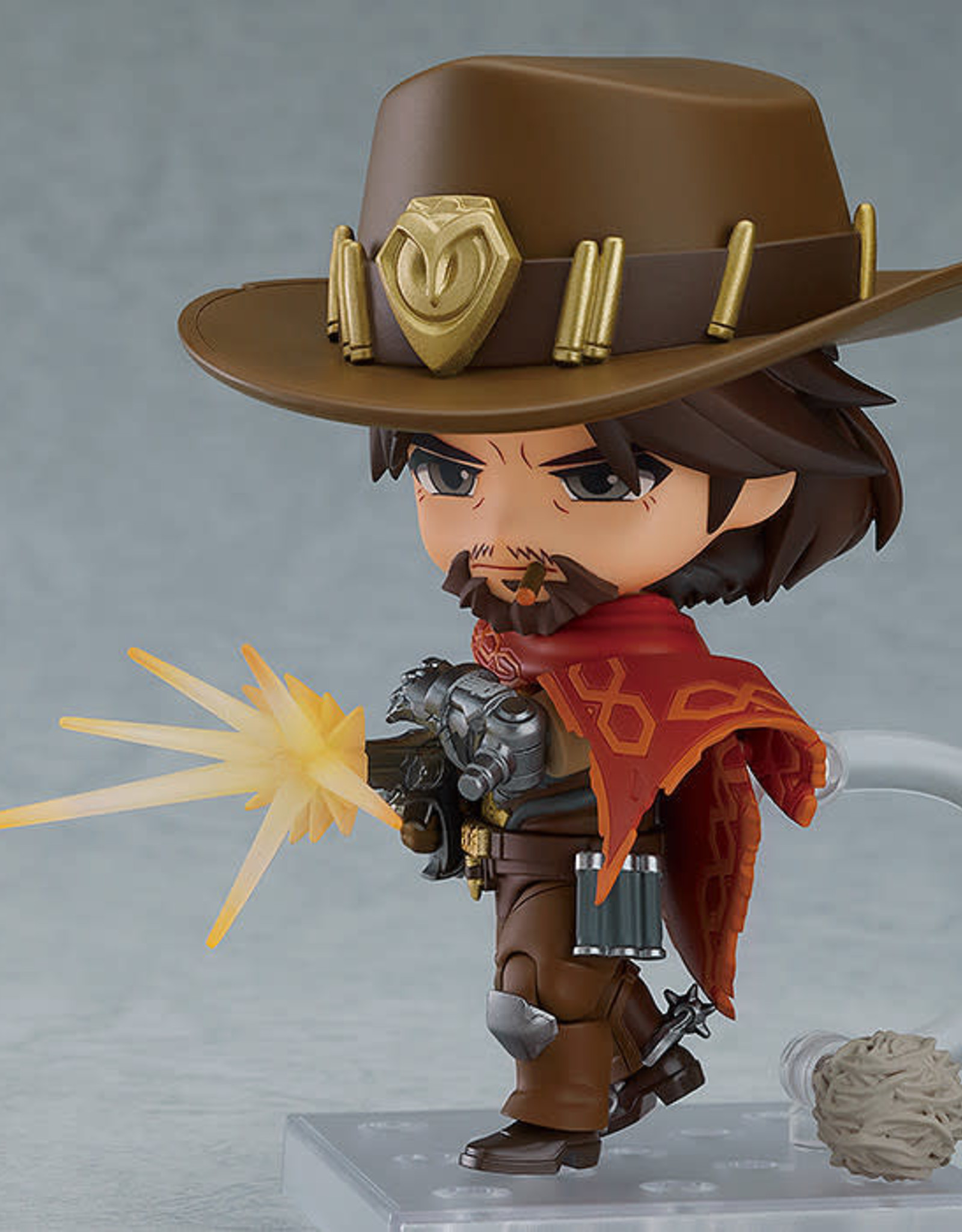 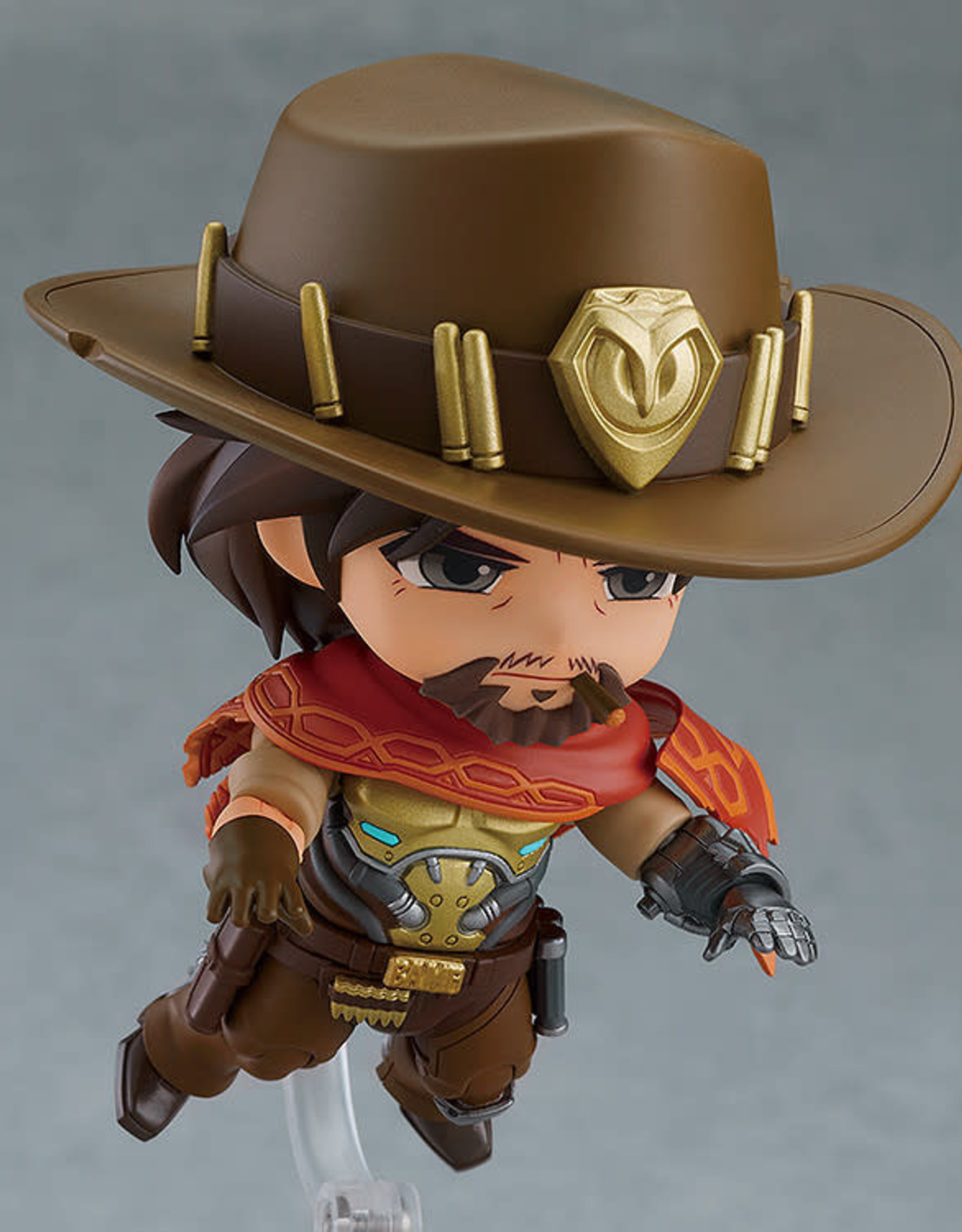 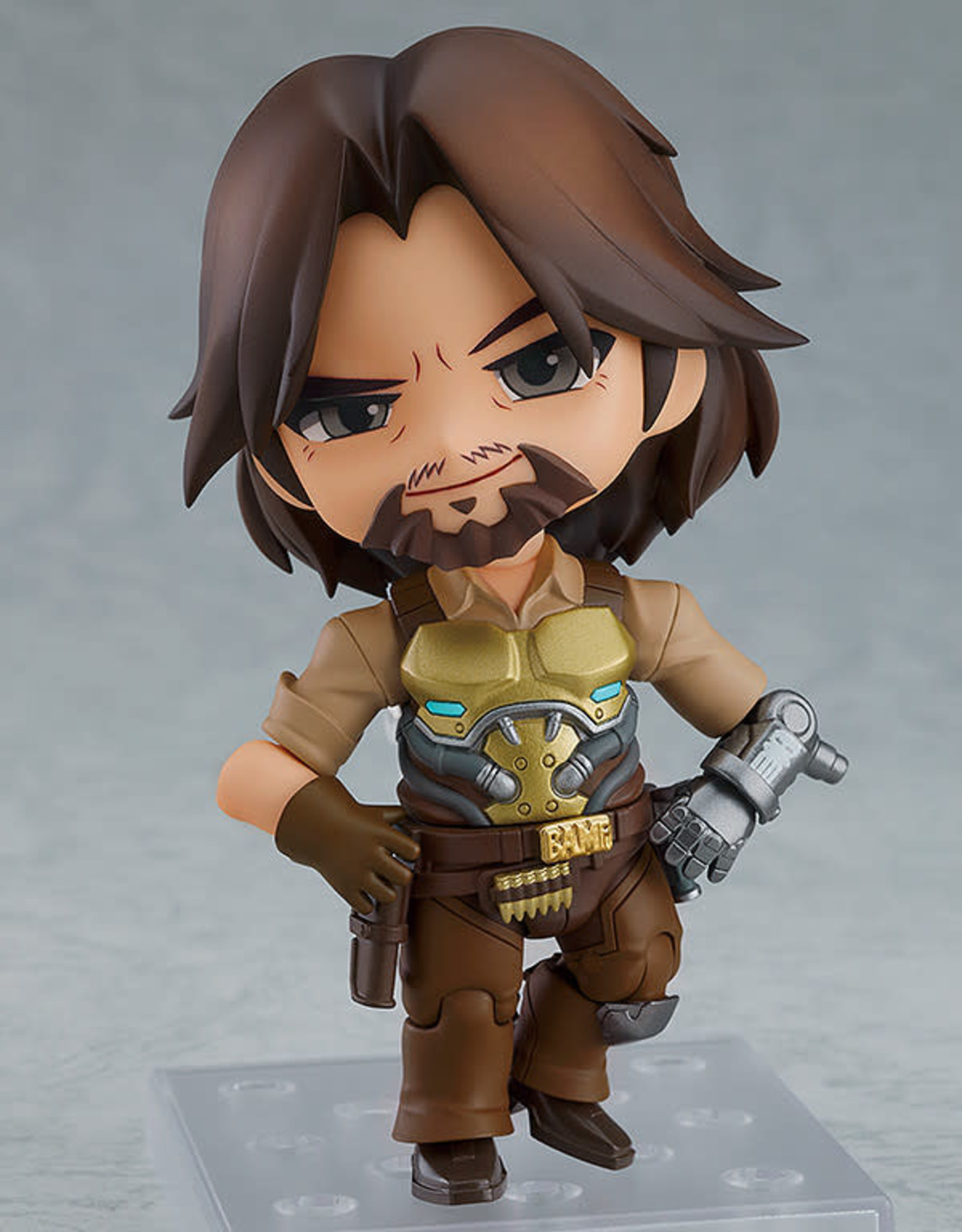 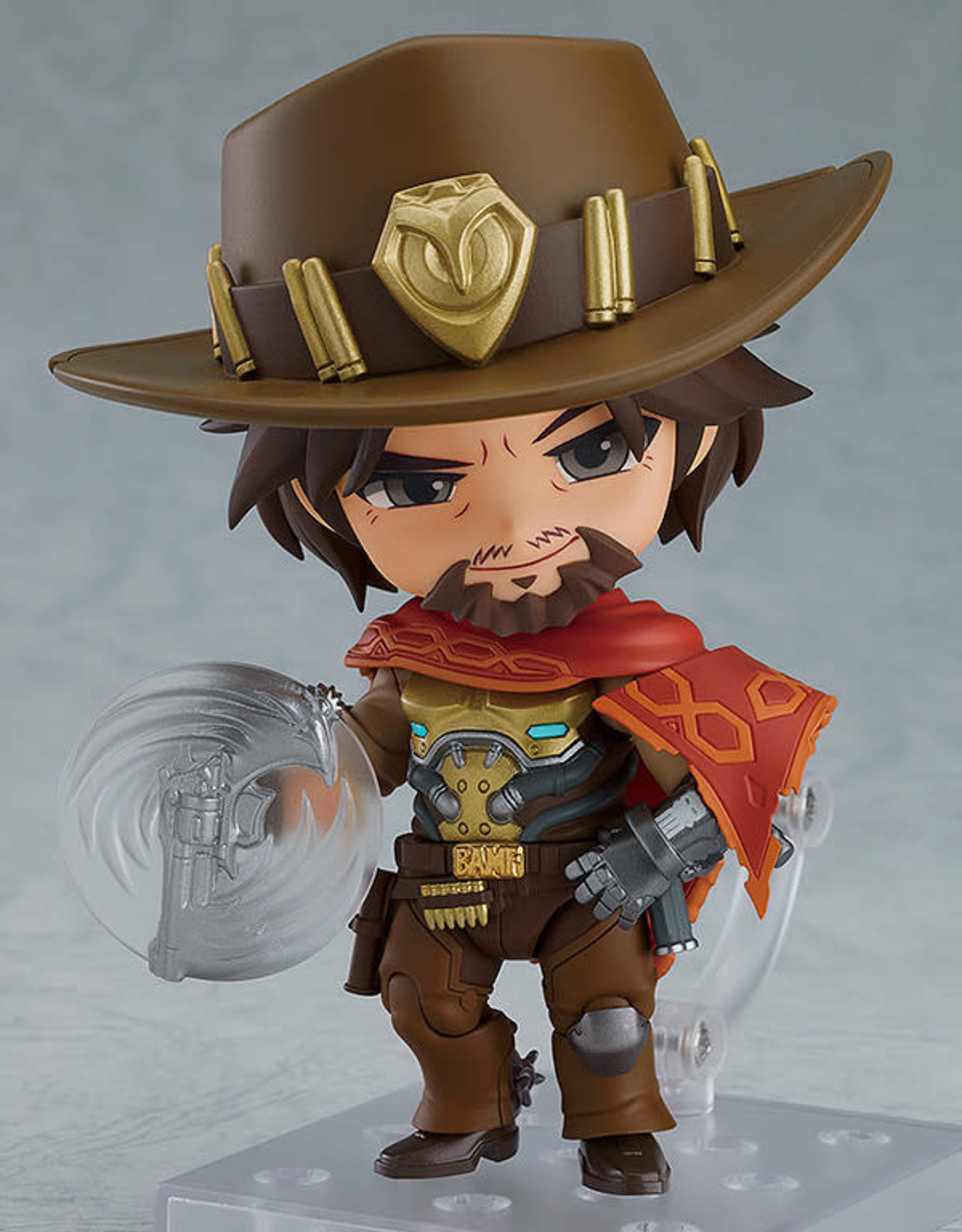 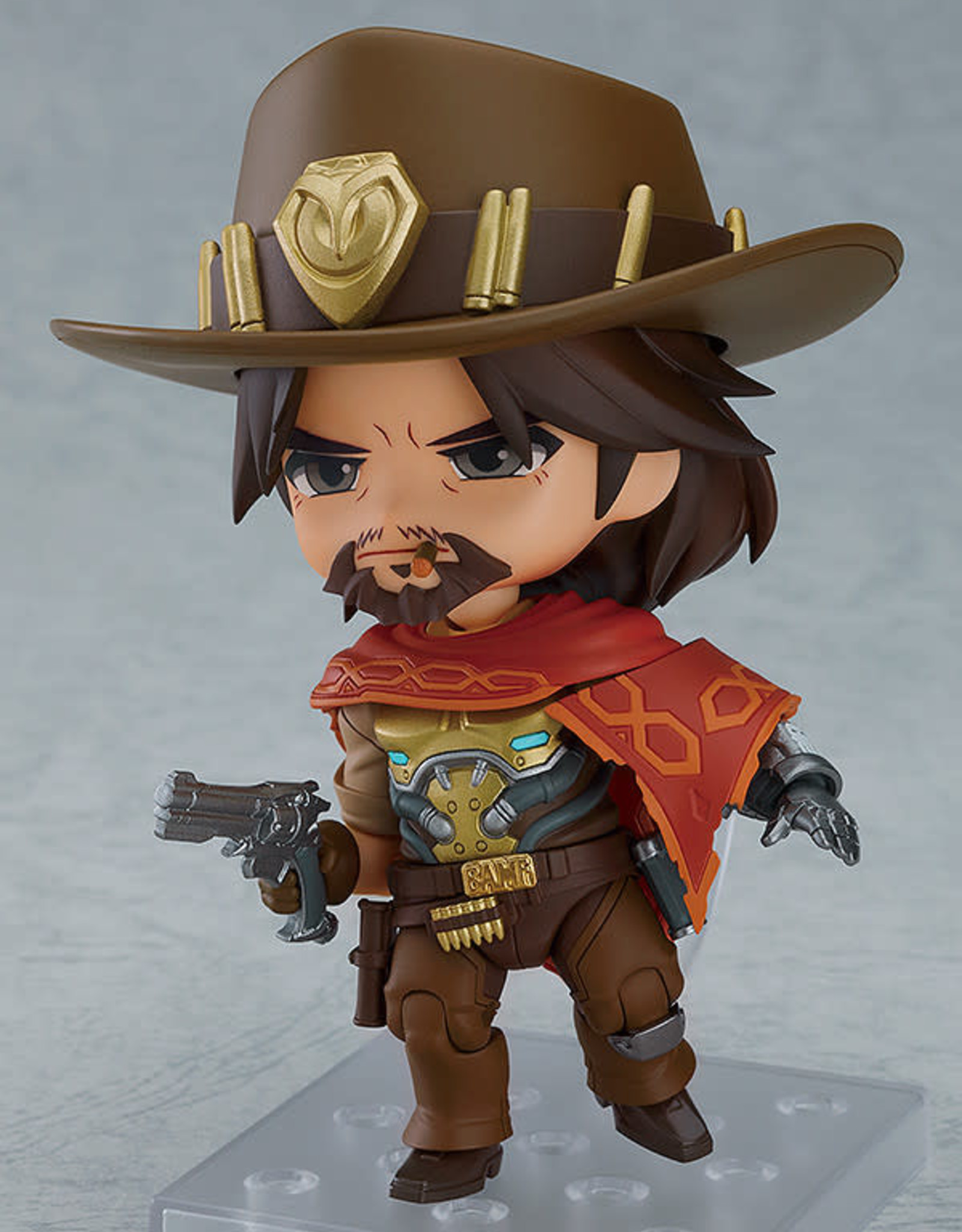 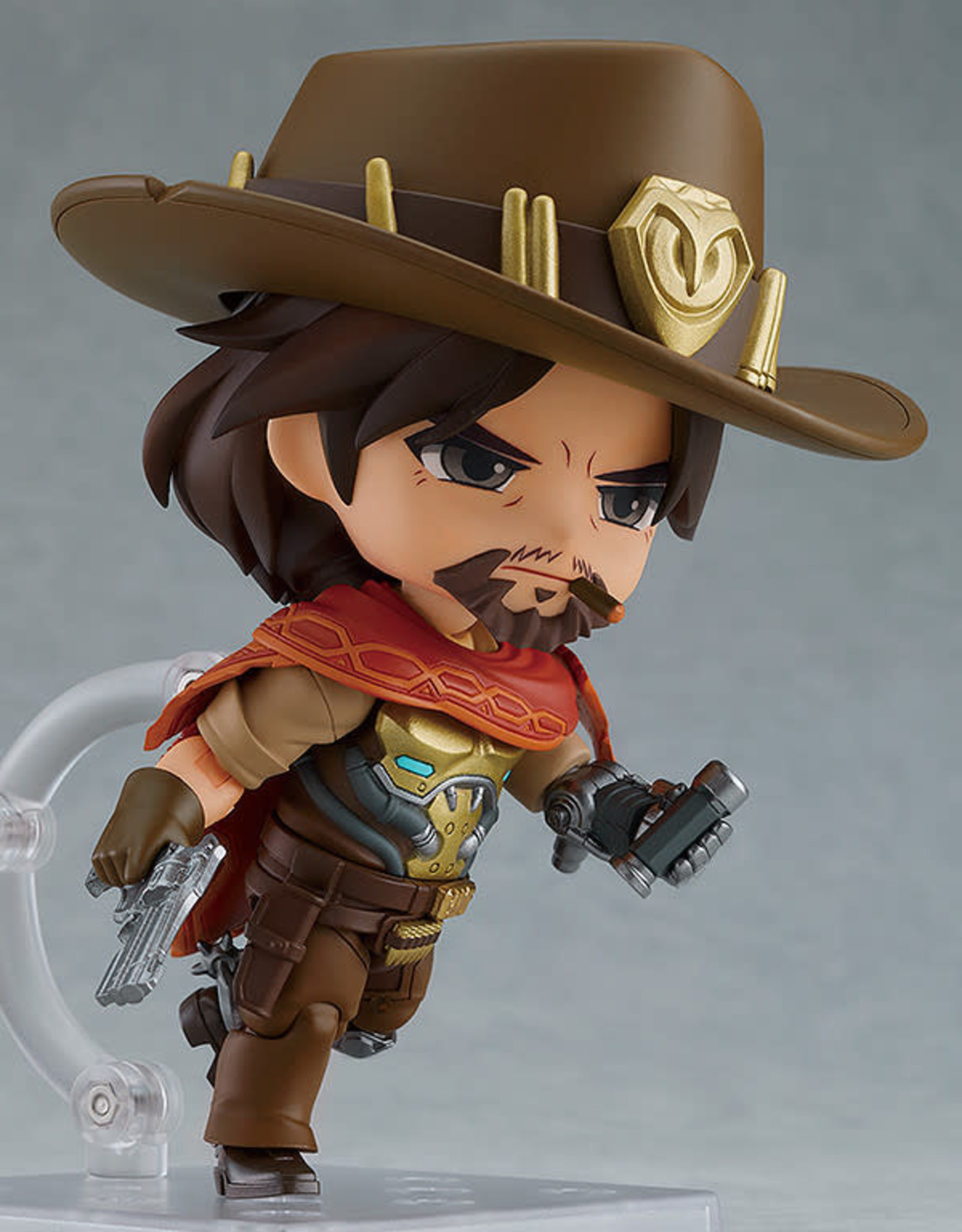 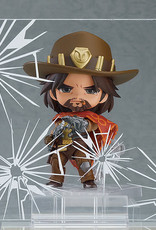 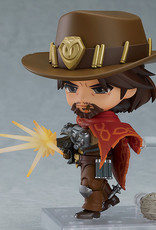 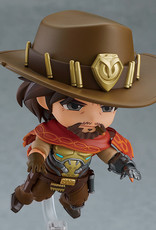 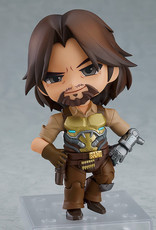 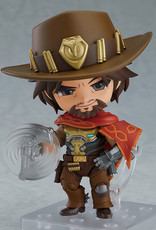 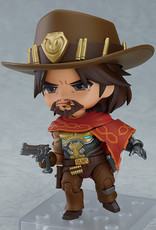 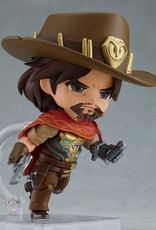 From the globally popular multiplayer team-based shooter Overwatch® comes the eleventh Nendoroid figure from the series - McCree! The Nendoroid figure and his cape are fully articulated, allowing you to display him in action-packed poses befitting of the gunslinger. His cape and hat are also removable, so you can display him in a more lightly equipped appearance not often seen in-game.

He comes with a standard version as well as a spinning version of his Peacekeeper revolver. In addition, he comes with two face plates, a flashbang grenade, Deadeye effect parts and the tumbleweed that rolls in front of him while using Deadeye! Recreate all of your favorite skills and poses.

Finally, a clear effect sheet based on his "Rolling Into Action" highlight intro is also included! Be sure to add him to your collection and display him along with the other previously announced heroes in the Overwatch® Nendoroid series!