Jonna and the Unpossible Monsters Vol 2 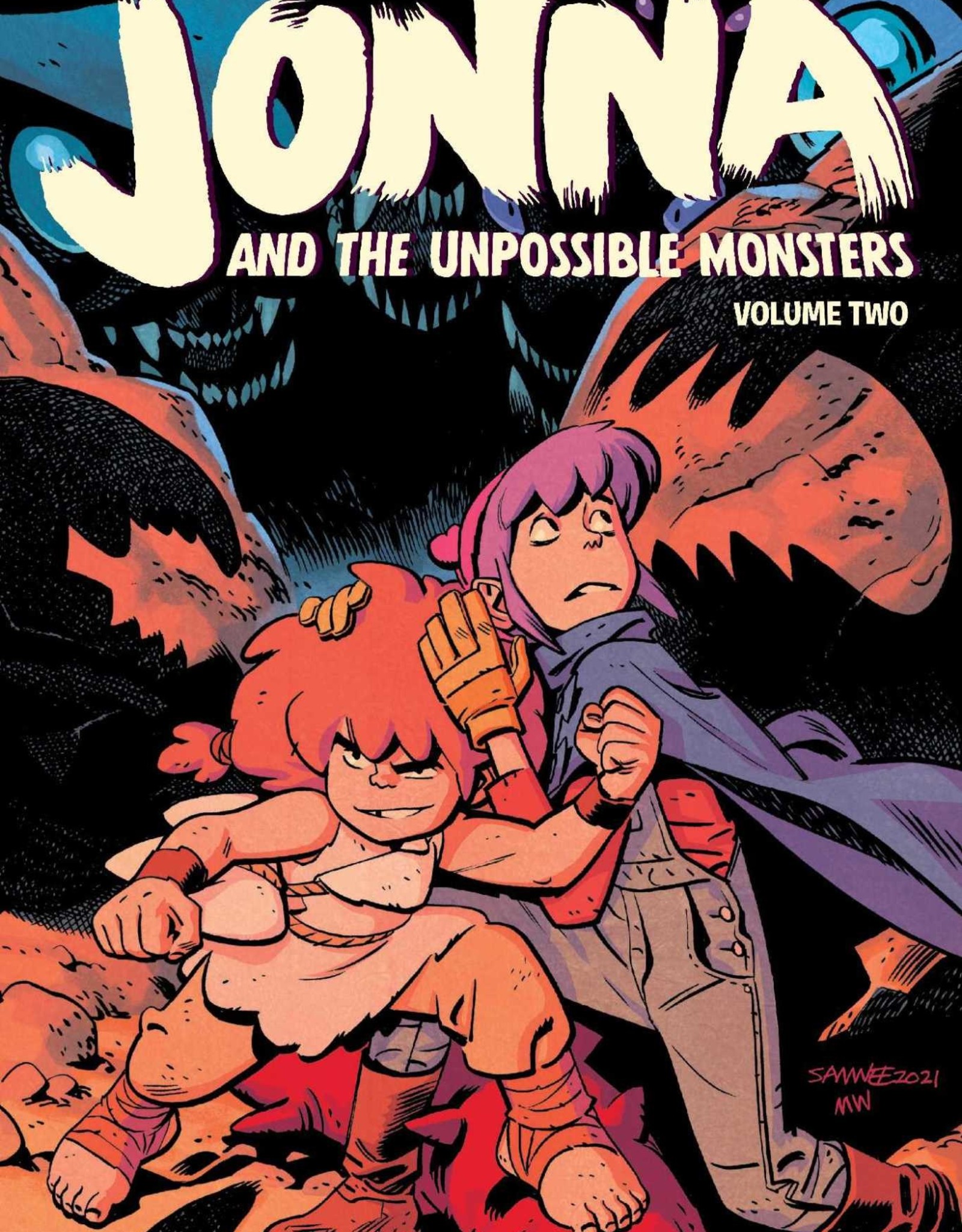 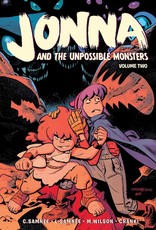 “A rollicking free fall into mayhem and magic!” - Judd Winick, creator of Hilo

Jonna and Rainbow are sisters, but that doesn't mean they're all that similar: Rainbow's the bookish one, Jonna is the whirlwind. Jonna's also incredibly strong and nearly invulnerable—which will come in handy as they search the ruined, monster-infested wasteland that was once their home while looking for their missing father. Their world, once lush and bountiful, has been overrun by giant monsters and prickly, unnatural vines that strangle the life from the natural flora and fauna. The girls thought that they had found a place of calm and security—a notion proved false when a huge beast literally crashed through the walls.

With their safe haven destroyed, the girls set out again, this time following a lead to a hidden city of humans that have built a home in the shattered remnants of a mighty redwood forest. Lured by heartwarming tales of community, Rainbow and Jonna find that life in the big city can be a little confusing! Jonna finds celebrity in the monster-fighting arena, while Rainbow explores their new surroundings, searching for a bit of human kindness and not liking what she sees. Can the two keep their spirits up and their skin on as they outpunch unpossible monsters and outwit not-so-nice humans that stand in their way?