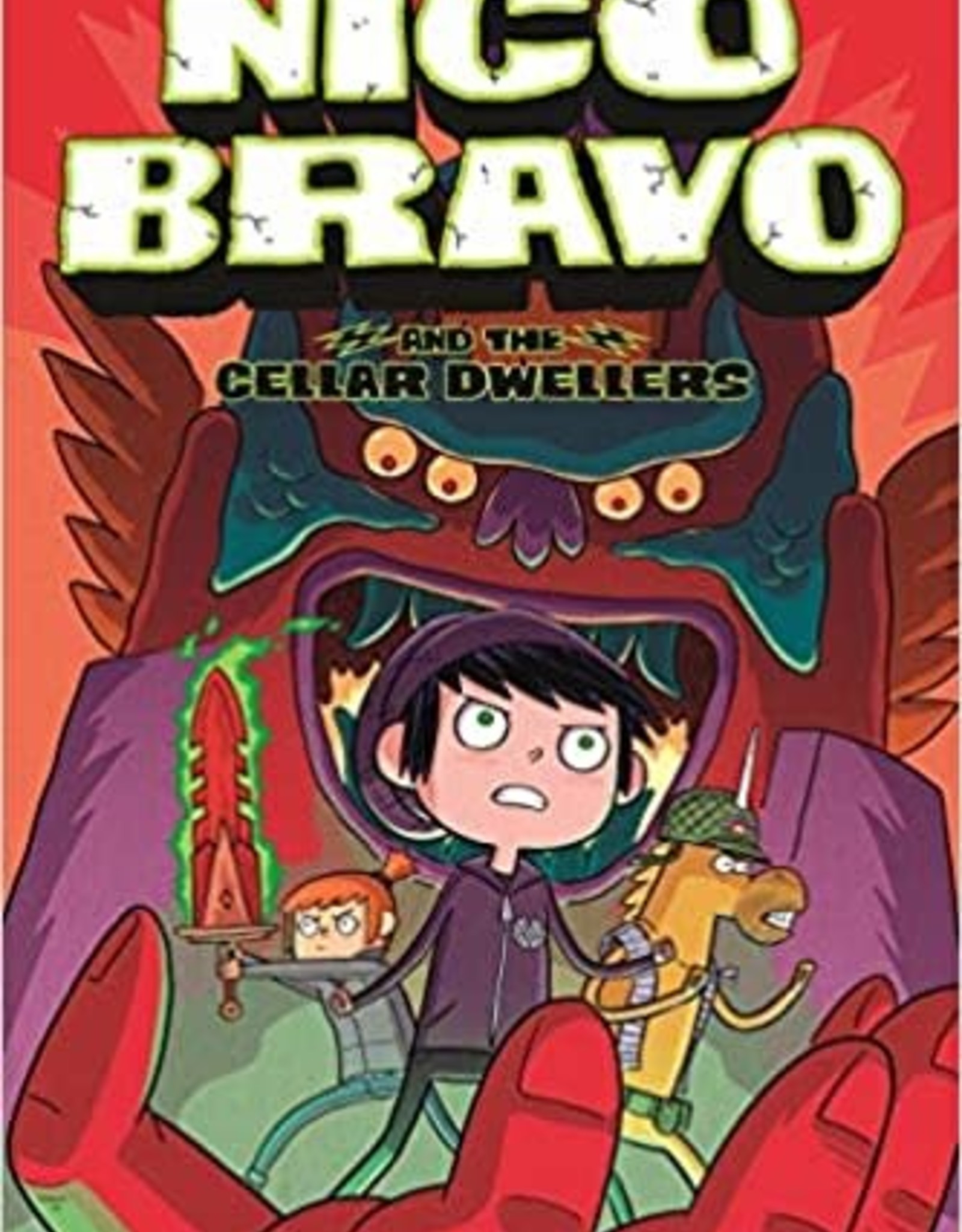 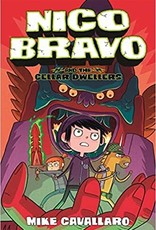 All our favorite ancient myths and legends get an epic makeover in Nico Bravo and the Cellar Dwellers, the second volume of Mike Cavallaro's hilarious middle-grade graphic novel series!

Got a problem? The seasoned staff at Vulcan's Celestial Supply Shop―a kid named Nico Bravo, a sphinx named Lula, and a unicorn named Buck―have got just the thing for you in their inventory of magical merchandise.

Nico’s enemy is finally revealed: Ahriman, God of Evil! Ahriman is fed up with Nico thwarting all his heinous plans and sends a shapeshifter named Orcus to Vulcan’s Celestial Supply Shop on a covert mission to take Nico and his crew down.

Orcus mistakenly unleashes a dangerous ‘Misery’ from the God of Misfortune’s pouch, threatening everyone in the Supply Shop, but also discovers the missing link between Nico, the Unicorn Wars, and Reality itself! What will happen to Nico and his friends when all their troubles converge in a desperate battle for the fate of the Universe?