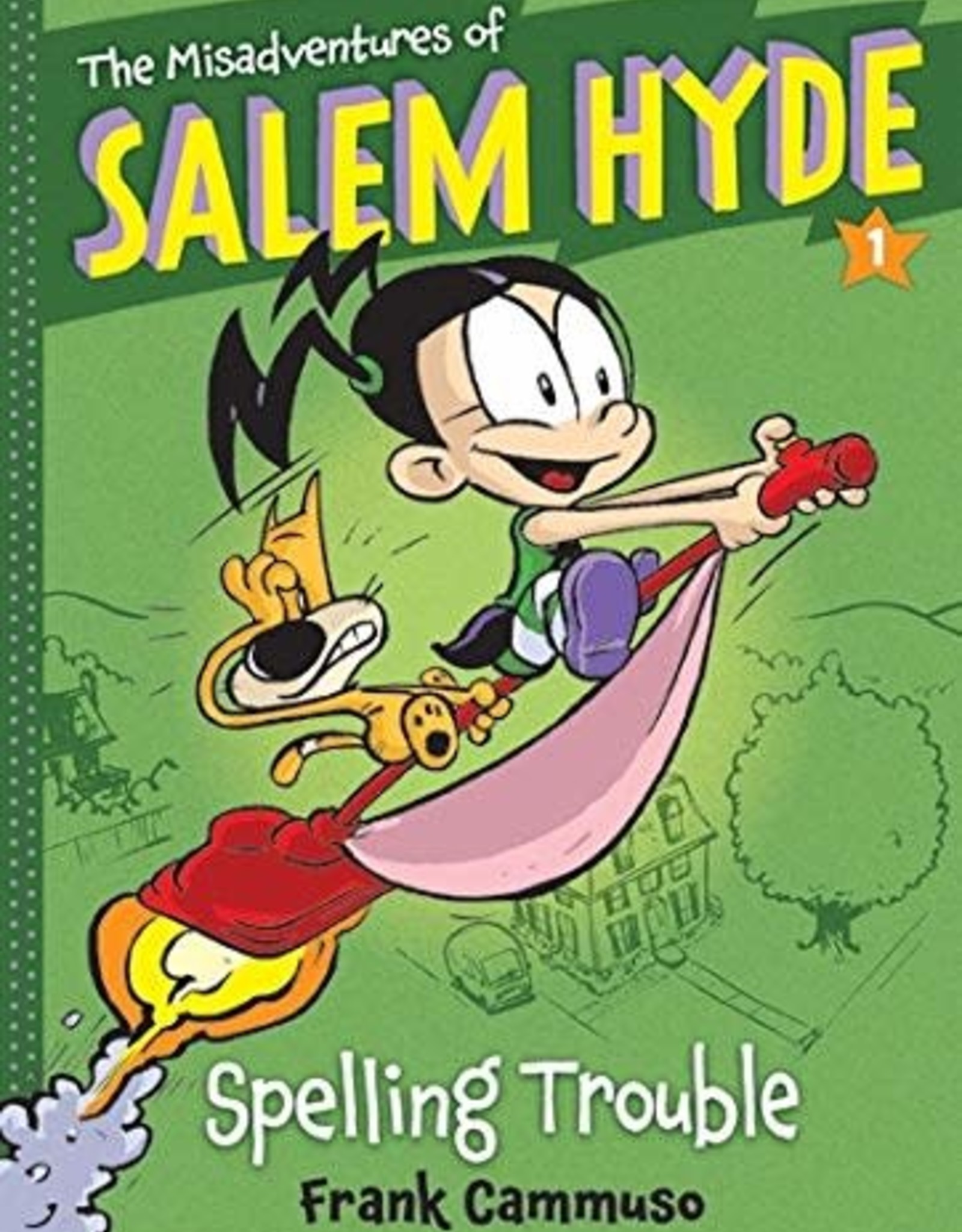 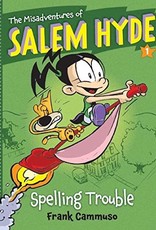 Salem Hyde just isn’t like other kids. For one thing, she’s stubborn, independent, and impulsive. For another, she’s a witch. Salem acts first and thinks later―which means most of her thinking involves coming up with excuses!
Good thing she’s been assigned an animal companion, Lord Percival J. Whamsford III. This over-anxious cat doesn’t like Salem calling him “Whammy,” and Salem doesn’t like listening to his long-winded explanations as to why she shouldn’t do something . . . like enter the class spelling bee.
Salem knows she can beat all her classmates at spells, no problem. Too late, she realizes the competition is about spelling words, not magic. And there’s nothing like a misspelled spell to cause all kinds of havoc!